SPEAK launched a platform, Manicómio offered support from its team, and Shifter started a series of articles about the situation in Ukraine! Check out these achievements from the Casa do Impacto’s community here, among many others!

SPEAK wasted no time launching the global platform Speak for Ukraine with the support of the European Commission’s representation in Portugal and the Ageas Portugal Foundation. This platform aims to connect people who need help in Ukraine or refugees with people and organisations that can provide accommodation, medical support, employment, and legal advice. Soon a contact centre will be available in English, Portuguese and Ukrainian for telephone, email, instant messaging, videoconferencing and other communication channels. The platform also offers organisations and individuals the possibility to learn the language of the host country, access to translators and interpreters and even emotional support groups!

Also, Manicómio’s family supports Ukrainians by integrating the We Help Ukraine Platform, offering psychological support from its psychiatrists, psychologists and therapists, who promptly joined in this humanitarian crisis. Info about it here!

IPILSON from Jornal O Público did not let it miss the exhibition that takes over Fidelidade Arte Space, in Chiado, Lisbon, for the next 6 months. Nine artists from Manicómio want to “emancipate” themselves from the idea of raw art. Entitled “Limiar da Trilogia” (Trilogy Threshold), it focuses on the concept of a social, creative and human perception threshold, where art deconstructs mental illness. Observador (newspaper) also mentioned this exhibition as one not to be missed! The Marketeer mentioned, “Trabalho Emprego Artista Pintor” (Work Employment Artist Painter), another show of Manicómio that Barcelos receives in the Gothic Room of Paços do Concelho. This artistic work results from artistic residencies in 4 psychiatric hospitals, including 2 units of São João de Deus Institute in Barcelos. The art exhibition is the first public event of “Nós, Os Loucos” (We, The Crazy Ones), a project co-created by the Manicómio and Viarco pencil factory. For 6 months, immersive drawing rooms gathered 94 participants.

MANICÓMIO THE AGENCIA also carried out a campaign for CUF Hospitals under the theme “A saúde do ambiente também passa por nós” (Environmental health also concerns us”. This campaign wishes to mobilise employees to adopt more conscious environmental practices inside and outside CUF. MANICÓMIO THE AGÊNCIA also have a partnership and has its portfolio at Clube Criativos Portugal, a creative studio in Beato Hub, which works with a multidisciplinary approach that involves visual communication, design and art.

Still, on the situation in Ukraine, Shifter will publish a series of articles on the consequences of war in the digital universe. The first: “Isolada da comunidade internacional, a Rússia tende a acelerar a sua estratégia para atingir a autonomia tecnológica” (Isolated from the international community, Russia tends to accelerate its strategy to achieve technological autonomy), is now online. João Gabriel Ribeiro, Co-Founder and CCO of Shifter, will also share everything he knows about editing and coordinating an alternative and disruptive media magazine, such as Shifter, in an unprecedented course. Sign up here!

Casa do Impacto was at the Mobile World Congress in Barcelona. It invited Nuno Brito Jorge, co-Founder of GoParity; Joana Pinto, Co-founder of Clynx and João Magalhães, Co-founder at , to participate in the panel: “Are the SDGs even worth it anymore ?”. It also brought along Actif and Nevaro, who had the opportunity to present their solutions in a pitch session.

For 4 days, CLYNX had the opportunity to present its Digital Physiotherapy Solution and learn about the latest innovations in technology. Furthermore, this opportunity allowed Clynx to explore new connections. In that matter, they thank Casa do Impacto for the chance to introduce Clynx and discuss the importance of SDGs on Impacto entrepreneurship!

Clynx also accepted the BEST Lisbon challenge and received Marta Amaro, a 3rd-year student of Biomedical Engineering from Instituto Superior Técnico. This Inside Day allowed her to get to know Clynx, their workplace at Casa do Impacto, follow the teamwork and try out Clynx digital physiotherapy solution.

GoParity – Impact Investments have 2 campaigns running! One of them is GoParity’s most prominent campaign, a photovoltaic plant at Congelagos in Lagos. The other is the 3rd campaign taking place for solar projects in Kenya!

Teamlyzer highlighted coding bootcamp as one of the best in Portugal. By the way, there’s an OPEN CALL for classes in { LisBOA } && {Ilha TECHceira }! And still about its bootcampers, on International Women’s Day, celebrated in March, Academia de Código started a month dedicated to the fantastic stories of some of the most incredible woman programmers that came out of their bootcamps!

And still, the < Code For All _ >, Academia de Código “mothership”, was recognised by OutSystems domains as “2021 Global Training Partner of the Year “! They’re pride to be a BCorp, and to have their doors open for anyone who wants to learn with them!

The Economist invited Andreia Coutinho, SKIZZO Co-founder and CMO, to discuss the sustainability of the oceans and the next steps for the future, given the current challenges. SKIZZO also participated in the Unicorn Events at ImpactTech.

THE EQUAL FOOD was at Sifted’s online shopping briefing in Madrid. It also developed a partnership with the Ageas Portugal Group, which will now receive The Equal Food baskets in its offices. With the help of all their employees, they will be able to help even more small producers to sell hundreds of kilos of fruit every week.

Still, on World Women’s Day, which took place on March 8, Ambigular shared and celebrated the story of Alfreda Noncia Markowska, a woman in Rome who saved more than 50 people during World War II. (English audio with Portuguese subtitles.)

Watch here the video about the history of Alfreda Noncia Markowska.

Expo RH was back at the Estoril Congress Center, and dNovo was again present, participating at the invitation of Cascais Municipality. Under the theme “Living the experience”, Patrícia Genovevo Baptista, mentor of the association, spoke about the “singularity of senior professionals” and addressed job market openness and support networks.

IES – Social Business School invites you to join the Online Impact Bootcamp 2022! Applications are almost closed. The live session “BUSINESS WITH IMPACT” took place on March 21 and aimed to answer FAQ about the Bootcamp. In this session, IES-SBS introduced their work and team; talked about the journey of the social entrepreneur; impactful businesses; and how and where to find: resources, knowledge, energy, inspiration and the right people to help you build an impact project, financially sustainable and good for society. In addition, Nancy Martins, founder of Semear Afetos, made a presentation.

The Well Being Project announces its first Global Summit in the spirit of collective action on social issues. The Welfare Summit for Social Change will take place June 1-3, 2022, in Bilbao- Biscay, Spain. They will bring together over 1000 government arts and business leaders working at the intersection of social change and internal well-being, more than 60 immersive speakers and 30 world-renowned artists. Sign up here.

On March 30, they’ll be present at the Stand Together Foundation in an in-depth discussion on how impact measurement can be more effective in the social sector. Check out this session!

It’s now possible to buy the sneakers Veja X Sea Shepherd on the eStore. Veja launched a vegan and black version of its Dekkan style with the Sea Shepherd logo. In addition, 70% of the midsole’s made of sugar cane, 30% of the sole from Amazonian rubber and 25% from rice residues (a model created by the brand to prioritise rainforest conservation.) All profits from this customised shoe will support Sea Shepherd!

Another Sea Shepherd’s most successful partnership has been with Liberia’s Ministry of National Defense to combat illegal, unreported and unregulated (IU) fishing in Liberia’s coastal waters in West Africa. Launched in 2017, Operation Sola Stella resulted in the arrest of 15 illegal fishing vessels in its early years. Furthermore, Sea Shepherd’s continuous presence in the Lebanese waters means they should not dare return! Learn more about helping this operation here!

Attention! If you want to change your life and move to Penela, check out Rural Move’s job offers prepared for you. Among them is an offer for Front-end developers and other areas such as architecture, nursing, management, veterinary, and speech therapy. Attention Mação (rural location in Portugal): Rural Move’s most recent partner location promotes the possibility of living in this paradise in central Portugal. Check everything here!

And about the latest acquisitions from our community!

NoHarm.Ai presented the free online event “Social Impact on Entrepreneurship. Can I change the world with my idea?”. Dreamwaves, the startup that created a revolution in the sound world and made it possible for all people to “see” the world through hearing, had a week of knowledge exchange on accessibility and inclusion experiences during its presentation at the Conference of Northridge Accessibility at California State University.

Don’t miss this! On April 5, Joana Moreira, Co-Founder of MadPanda, will promote a session for entrepreneurs, intrapreneurs and other social innovators from Porto (or who would like to have an intervention in the city). The idea is to think tank and co-create a network aiming to change the city. It will occur at Porto Innovation HUB, the Social Innovation Center (CIS) in Porto, which focuses on innovation and giving voice to entrepreneurs to build local policies. Subscriptions here!

And as a farewell, we suggest João Duarte’s (Impulso Co-Founder) recently insight in the Observador paper. An essay about small companies’ relevance in Portugal recalling that they represent 96% of the business (1.2 million), 40% of employment (1.8 million), and about 20% of internal GDP in Portugal. “The importance is clear and, unfortunately, so are the struggles”, he says. And on this subject (and as a farewell), he invited all interested parties to join the last Impulso event, which took place on March 30 at Casa do Impacto under the topic: “Pequenos Gigantes” (Little Giants).

Do you want to be up to date with all the news from Casa do Impacto, including our monthly program of events? Subscribe to our newsletter and follow us on social media – Facebook, Instagram,Twitter and Linkedin. 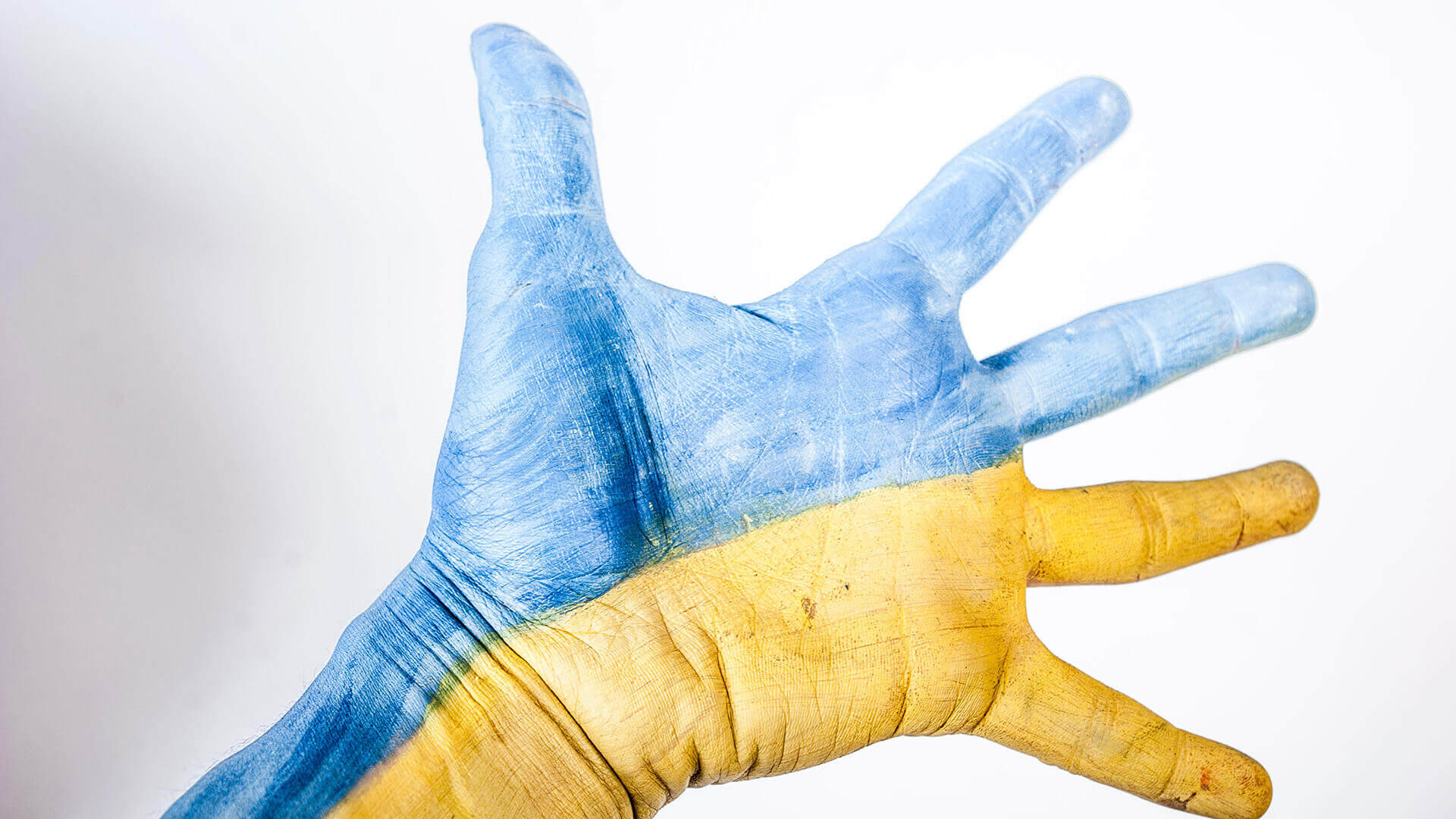