Congratulations to our community that continues to grow and places us at the epicentre of the Impact Ecosystem, a path that consolidates the vision of Lisbon as the European capital of entrepreneurship.

We were born three years ago as a hub for social and environmental innovation and entrepreneurship. We brought together more than 200 entrepreneurs, 48 startups and invested two million euros in projects.

We celebrated another year in which we made a difference, boosted impact entrepreneurship, promoted new solutions, and helped grow the community. Last Wednesday, October 13, at Mitra’s new space in Beato, we celebrated our 3rd anniversary in an event dedicated to the importance of innovation and impact entrepreneurship in responding to challenges in the country, such as the climate crisis, inequalities, unemployment and health.

At the opening, our Director Inês Sequeira positively assessed the work we have carried out over these three years, thanking the partners and entrepreneurs for their strength and motivation and Santa Casa da Misericórdia de Lisboa for its vision. “The projects developed at Casa do Impacto promote innovative solutions to the greatest social and environmental challenges of today”, she added.

We were born on October 8, 2018, in Convento de São Pedro de Alcântara. Since then, we have been dedicated to bringing Home the pressing challenges in the 17 Sustainable Development Goals of the UN 2030 Agenda, such as diversity and inclusion, employment, health, education, and the environment. Among the 48 startups incubated with us, Academia de Código, GoParity, Impulso, Skizo, SPEAK, Spot Games, and 55+ are examples of solutions with a real impact.

Over the three years, and as a way to boost a new generation of startups, the hub:

New address: Mitra! A larger house, in keeping with the growth of our community, in an area characterized by an innovative environment and cultural promotion, which fits our spirit perfectly!

For our director, more than showing what we have already done, it is essential to look at what we can still do, which involves expanding our House and moving our residence: “The eastern part of Lisbon marks a promising future for the country. Lisbon Social, former Mitra, is integrating the social aspects in Beato and Marvila, the new centre of the city of entrepreneurship, driven by Hub Criativo do Beato. The Impact is certainly part of that future, which will allow dynamics due to the geographic proximity of several very relevant players and the launch of what is best and most innovative in Portugal. The economy only makes sense if it is also social.”

The future of our House will be at Mitra, and we will be able to accommodate three times as many startups and impact entrepreneurs.

“The Era of Social Innovation has only just begun. We will continue to invest in developing the Portuguese impact entrepreneurship ecosystem, challenging all entrepreneurs to do more and better. We will also continue to look for the best partnerships to take advantage of the unique opportunity to position Lisbon as the European capital of impact entrepreneurship. Lisbon is the first city with this seal of change and which, one by one, can infect all other cities in the country and the world.” advances our director.

Environmental sustainability is still the priority of the House, which defends that regeneration should take place through inclusion and education, through the requalification of professionals, training and education in the area and fostering innovation in the sector.

With an investment of around 10M €, the Lisbon Social Mitra project will create a nursery, a training academy dedicated to the social economy, a community farm, a space open to the community with a leisure garden, as well as new spaces of work dedicated to social entrepreneurship (with the move of Casa do Impacto from Convento de São Pedro de Alcântara to Mitra), and to the rehabilitation of the current Residential Structure for the Elderly already existing in the place.

Ana Vitória Azevedo, Administrator at Santa Casa da Misericórdia de Lisboa, highlighted that the Mitra rehabilitation was designed to “create a set of skills supported by innovation and entrepreneurship, which aim to facilitate and support people with more difficulties in integrating into society”. In this sense, she noted that “the space will host projects of a social, economic, environmental and entrepreneurial nature, as well as community spaces. It will be a space of different causes… of good causes”.

The first panel, “Diversity and Inclusion”, was attended by LJ Silverman, Head of LSE Generate, Dino D’Santiago, musician, composer and social activist, Mariana Brilhante, co-founder of Speak, Mariana Barbosa, ambassador of Chicas Poderosas, in a conversation moderated by Tiago Fortuna, from Access Lab. The discussion about the path for diversity should start with decision-makers creating openness and opportunity and spreading to society in general.

The second panel, “Environmental Impact and Social Justice”, was moderated by Joana Godinho, founder of Its bout Impact. Inês Sequeira, Casa do Impacto director; Nuno Brito Jorge, GoParity co-founder; Catarina Barreiros, Loja do Zero founder; Christine Gould, Thought for Food’s founder and CEO, attended it. Here was discussed “sustainability as a whole: social, environmental and economic”, where people play a central role and must think like a human species to achieve environmental justice, but also social. According to the speakers, the key is to involve the population in the transition and make them part of the decision process.

Maria Manuel Leitão Marques, Member of the European Parliament, Edmundo Martinho, Chairman of Santa Casa da Misericórdia de Lisboa, João Esteves, Founder of Diverge Sneakers, and João Pedro Machado, Chairman of Ageas Foundation’s Board Direction, in a conversation moderated by Bárbara Reis, jornalist at Público newspaper, led the third and final panel “The Social Pillar as an engine of the Resilience Plan”. The panel discussed the importance of impact entrepreneurship for the future of community life. To this end, the need for entrepreneurs’ support mechanisms and programs that train and educate people to innovate were highlighted.

Edmundo Martinho, Chairman of Santa Casa da Misericórdia de Lisboa, highlighted the importance of Casa do Impacto searching for new answers to society. “In two years, at the most, this space (Casa do Impacto) can be seething of people, projects, institutions and entities for the construction of social solutions”, he framed. Also, about the future of the social economy said that “The keyword is ‘impact’. The social funds made available will provide people with additional capacity and promote independence, autonomy and participation in facilitated access channels to impact the lives of people and communities. However, if funds are not directed towards Impact, an opportunity is missed.”

In a video message, Maria Manuel Leitão Marques, Member of the European Parlament, praised the work developed by Casa do Impacto and Santa Casa da Misericórdia de Lisboa. Moreover, she stressed that we need to be creative and innovative to rebuild society in a world undergoing very rapid social changes. “The word Impact in this House was not by chance”, she concluded.

Ana Mendes Godinho, Minister of Labor, Solidarity and Social Security, underlined the national and European commitment to promoting social economy as a decisive factor for economic and social progress. She claimed, “Social economy is an active agent of inclusion in the world of work and society, and also to defeat inequalities”. She also added, “I would like to share with you the challenges that lie ahead. The moment we live in is particularly symbolic. Therefore, more than emphasizing the capacity of the social economy to respond to the challenges so far, we have to look at the social economy as the “glue” for the various sectors in responding to people’s needs and bringing innovation to traditional sectors. Now it’s about investing in the training of the social economy, thinking better about management and bringing more financing to the sector.”

Sérgio Cintra, Administrator of Santa Casa da Misericórdia de Lisboa’s Entrepreneurship and Social Economy Department, closed the cerimony. He highlighted the achievements of Casa do Impacto in the last three years in its attempt to reduce inequalities in society, build new solutions and create conditions for entrepreneurs to make their dreams come true.

If you want to keep up with all the news from Casa do Impacto, including our monthly program of events, subscribe to our newsletter e and follow us on social networks – Facebook, Instagram,Twitter and Linkedin. 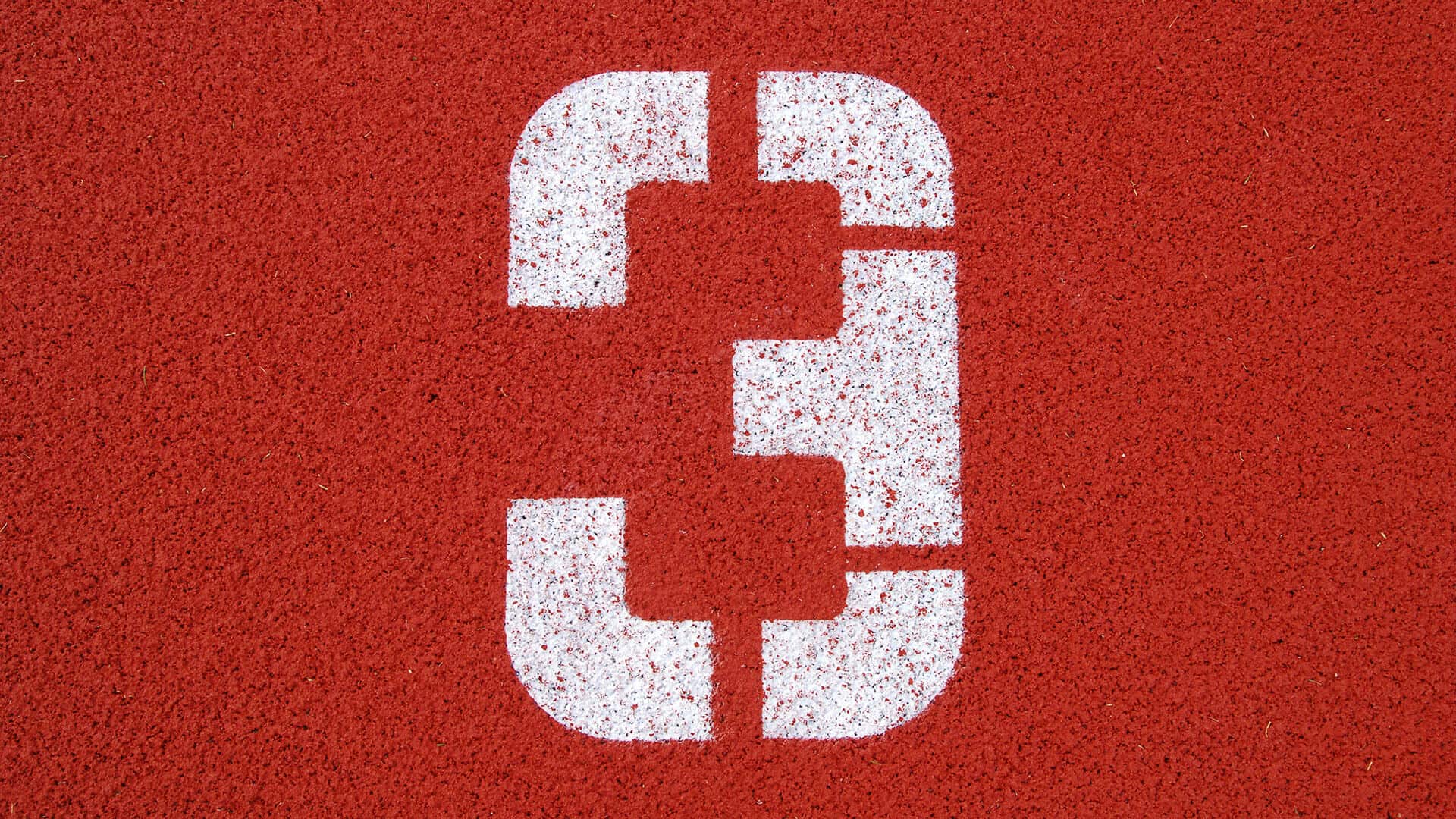