Skip to content
To be SMART, the digital revolution needs to be inclusive and reach more girls and women!

Today is the International Day of Women and Girls in Science, and we celebrate the work of <Academia de Código> (<Code Academy>), which, under the roof of Casa do Impacto, has already helped to <re>program the lives of many women, training them as Software Developers in just 14 weeks.

Global data presented by the specialized agencies of the UN, namely by UNESCO, shown that women have already reached parity (45-55%) in the bachelor and master’s degrees and that they are already close to achieving it at PhDs degrees (44%).

However, the gender gap widens as women progress in their academic careers, with less participation in each successive step: from PhD student to assistant professor, to research director or head professor.

They are also twice less invited to represent panels at scientific conferences, and their expressiveness at STEAM (science, technology, engineering, arts and mathematics) is still not enough.

To be smart (SMART), the digital revolution must be inclusive.

Women need to be part of the digital economy to prevent the 4.0 Industry and the impact of artificial intelligence on products of the future (e.g., digital apps) from not seeing their needs represented.

Diversity in scientific and technological research expands horizons, bringing new perspectives, talent and creativity, but for that to happen, genuinely transformative policies and programs are needed, capable of eliminating gender-based stereotypes.

It is necessary to ensure that women and girls participate and are empowered to lead and innovate. The support of labor policies and organizational cultures that guarantee their safety, consider their needs as mothers and encourage them to advance and prosper in those careers are fundamental.

Generation Equality Forum recently launched a Coligation Action for Technology and Innovation. Several stakeholders gathered to ensure commitment to women and girls in STEM. This Coligation Action aims to double the proportion of women in technology and innovation by 2026 and ensure that they can fully participate in the search for solutions to today’s biggest and most complex challenges.

Request a Woman Scientist is one of the answers to gender discrimination in science. It connects a multidisciplinary network of scientist’s women to whomever needs to consult, invite, collaborate or identify a woman expert. Prestige awards are another way of showing excellence. An example is the L’Oréal–UNESCO For Women in Science, which for the last 23 years has been awarding and granting women researchers. By 2019, it extended its awards to mathematics and computer science to recognize the lack of visibility of women in core areas of the 4th Industrial Revolution. In 2019, Joana Cabral, among other Portuguese women, was awarded by L’Oréal Portugal Medal of Honor for Women in Science for her pioneer research on neural networks.

Recently, Portuguese women in tech recognition have been boosted by initiatives like Portuguese Women in Tech (PWIT). Launched in 2016 by Liliana Castro and Inês Santos Silva, it has the dual mission of supporting women in technology by giving them visibility, networking, mentoring, training, among other opportunities; and attracting more women and girls to these areas, therefore increasing the pipeline. PWIT was included in The State of European Tech 2020 as one of the 25 best European organizations and initiatives, working with diversity and inclusion.

Nominated for PWIT Community Leader in 2018 was Catarina Campino, Cou-founder, <Head of Coolture> && <Head of Detail> && <Bootcamp Momma> @ <Academia de Código>, a startup who has been partner of Casa do Impacto since its birth.

In the welcoming of every Bootcamp, Catarina recalls that the first person to stand out in coding was a woman, the British Ada Lovelace, in the 19th century. And it’s through each Bootcamp that we can see her striving “to pry talented minds out of unemployment and out of the clutches of dead-end jobs, helping them (successfully) get through intensive full-stack and immersive codding Bootcamps.”

<Academia de Código> claims to know better than anyone how difficult it is to change one’s life radically. But since 2015, it has been adding thousands of Alumni stories with happy endings. “Real stories of “real” people, talented and determined to embrace coding as a career, without ever having seen a single line of code before.”

In addition to teaching code, it also promises to help find the right company for each one of its cadets, accompanying them in every step towards a career in codding (97% employability rate). Bootcamps consist of 14 intensive and immersive weeks where cadets experience a cycle of #EatSleepCodeRepeat (key-formula to lose the fear of this utterly unknown area for so many), where “a roller coaster of emotions” and an “insanely awesome” degree of difficulty it’s promised.

Since 2015, <Academia de Código> impacted more than 1387 cadets, among which 20% were women (increasing percentage year by year)!

Lisbon, Porto and Terceira (Azores) are the cities in Portugal where 3 Bootcamps regularly take place every year. In 2020 Aveiro added 3 more.

In addition, other project pilots have taken place. Namely, the pilot project carried out in Fundão between 2017 and 2019, under <TIS Bootcamps Academia de Código>, and as part of Social Impact Titles (TIS) 1st edition from Portugal Social Innovation (Portugal Inovação Social). A total of 174 attended the 9 TIS BAC Bootcamps, of which 16% were female, reflecting the general trend of gender distribution in computer programming.

The Netherlands and Cape Verde also had implemented two project pilots. In Praia city, Cape Verde’s capital, they implemented <Code for All Cabo Verde> and positively impacted the lives of 22 cadets, which of 80% finished the Bootcamp with a professional contract.

António Castro, current <Community Manager> of <Academia de Código>, was the Project Manager of <Code for All Cabo Verde>. About this pilot, he says that “The feeling of success and mission accomplished had much more to do than to teach and develop the technical skills of 22 talented Code Cadets. Instead, the winning feel was enabling them to dream of a life and a career they would hardly be able to achieve otherwise. Above all, giving them a broader view of the world and fostered an unwavering desire to be more and better in everything.”

Nearly four girls applied to <Code for All Cape Verde>, but none passed the selection phase. This reality takes us back to UN data on “the impact of the pandemic on girls’ education and access to technologies in developing countries”, a topic we recently published on “World Education Day”.

With their feet on the Earth, Moon or Mars, it is vital to encourage more women and girls to not give up on their dreams!

Margaret Hamilton’s coding know-how allowed Neil Armstrong and Buzz Aldrin to set foot on the moon during the Apollo 11 mission, and now it can also be a woman, NASA’s youngest ever trainee, taking the first steps on Mars. At just 20 years old, Alyssa Carson is an inspirational role model for millions of girls worldwide who dream of pursuing (and reaching top) careers in STEM. Because she dreamed of seeing other children make their dreams come true, she founded the Blueberry Foundation. This institution awards scholarships to children who otherwise would never have the possibility of realizing their dreams.

And speaking of encouraging younger people in STEAM… Ubbu is the name of <Code Academy> “child”, a project that works on code literacy in primary schools, and which we’ll highlight on “International Day of Girls in ICT” (in April).

And yet, the role of women in technology is also an increasingly relevant issue for Web Summit. For example, due to the push of the Women in Tech program launched in 2016, 44.5% of total attendances were women. Furthermore, Casa do Impacto has been assiduous at Web Summit where Santa Casa Challenge 1st edition was launched! 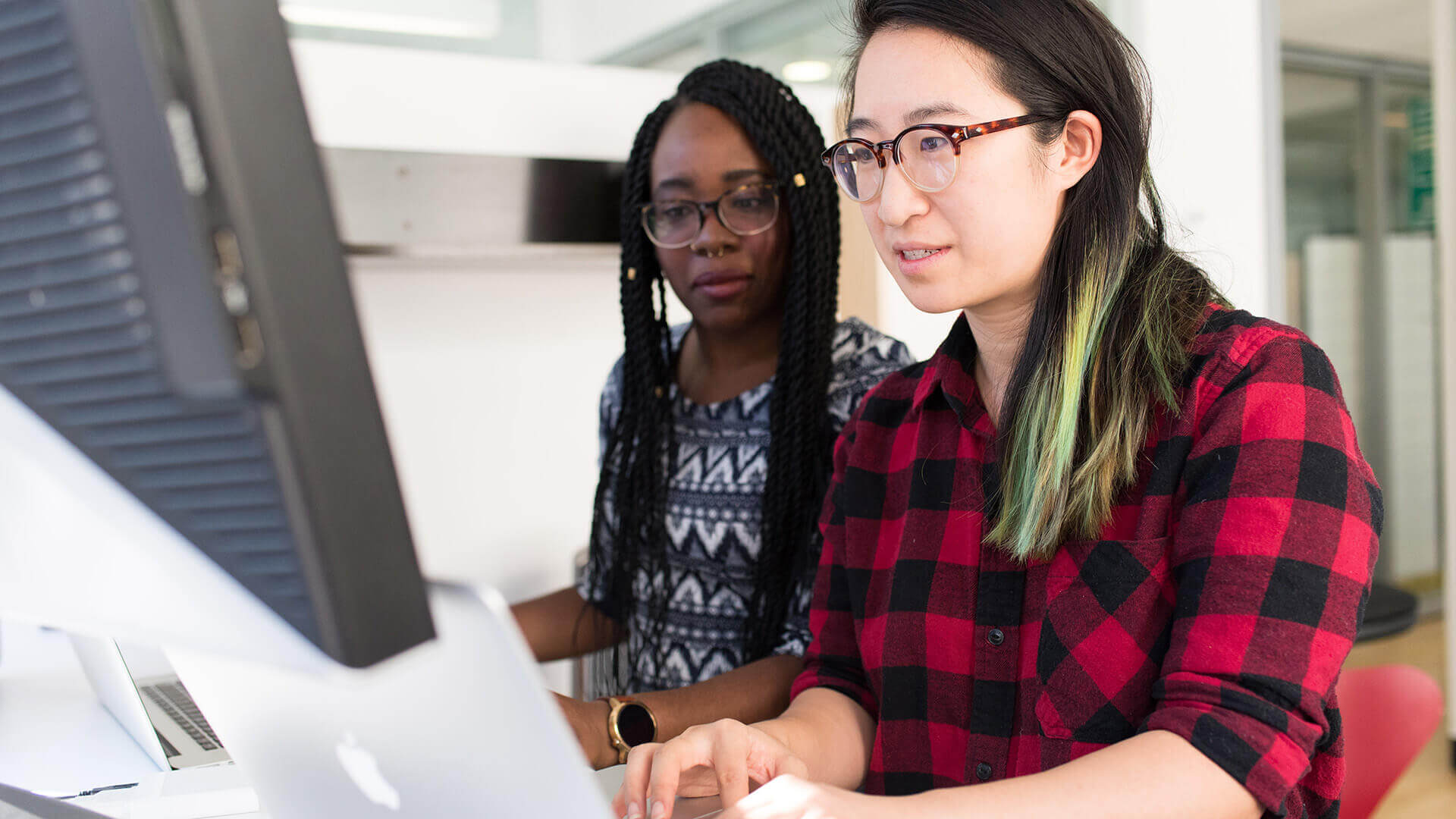